The Black Diamond Heavies back in Bordeaux! 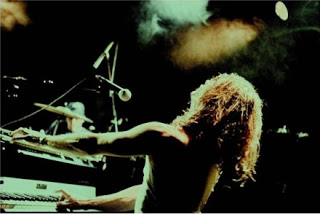 The Black Diamond Heavies are fast becoming a favourite for Bordeaux concert goers. The feirce blues tinged rock and soul duo are back for another round of whiskey, sweat and beers! The boys were here last year where they played a free gig at the Place St. Michel and singer James Leg made a solo stop over in April to promote his recent album.

In continuation with the Festival Relâche organised by Allez les Filles, this week these Tennessee lads will spray their southern slaw all over the Skate Park in the Chartron. Also performing will be their fellow countrymen Left Lane Cruiser, Johnny Walker (the musician from the Soledad Brothers, not the booze!) and Bordeaux locals the Pathfinders.