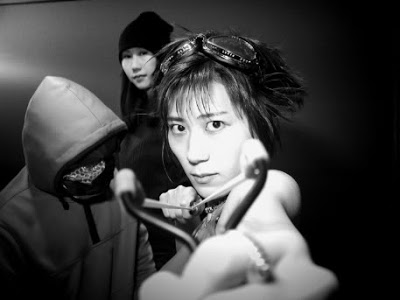 Melt-Banana is a Japanese noise rock band that is known for playing extremely fast noise music mixed with experimental electronica. They have worked with artists as diverse as Merzbow, John Zorn, Mike Patton, and Discordance Axis. They have released nine albums and toured worldwide extensively.

The group formed in 1991/1992 by singer Yasuko Onuki, they are renowned for their unique squeaky, jack hammering, zero-attention-span rock music. The distinctly piercing vocals combined with the frenzied, effect-charged guitar playing has captured the imagination of punks, metalheads and art-snobs around the world.

Melt Banana are touring extensively throughout Europe the next coming months and you have your chance to catch them live in Bordeaux! Bring your ear plugs!