Beerdeaux. Where to get a decent pint in the world wine capital – Part II, the local brews‏… 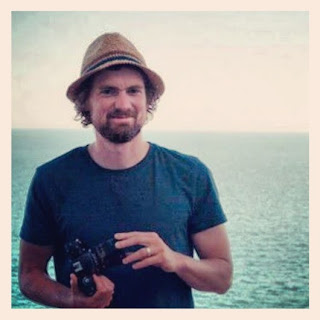 My name is Ben Frank, I’m originally from the UK and I’ve been living in Bordeaux now for around 12 years.

I really like the city and have no plans to move just yet! I’ve also been lucky enough to meet my wife here and we have a 5 year old daughter who can harass me in both English and French.

Totnes, Devon in the UK

Where are you living at the moment?

I studied French as part of my Media degree back in the UK. And at the end of my time at University when I had no idea what to do some French friends suggested I come to Bordeaux, to work for a while and to keep speaking French. 12 years later I’m still here!

How much the French love paperwork. I’m not sure what I’d have done differently but at least I would have been warned.

Did you find it easy finding accommodation when you first moved here?

Fairly easy yes. I went through a couple of rental agencies and changed flats a few times before I found a rent I could budget for and an area I liked. Most agencies were really helpful and I didn’t have any unpleasant experiences.

When I first came to the region I worked in graphic design for an internet sales company in Begles, on the outskirts of Bordeaux. I stayed with the company for a long time (working on all those flashy internet adverts and popups which drive you crazy) before moving on to start my own business. I now run a sublimation sportswear company with a friend of mine, we’ve just set up a workshop in the north of Bordeaux. We work on custom designs for sports teams which we print on industrial printers and then cut and assemble into our own range of sportswear.

It wasn’t very easy finding a job in media no. At the time there weren’t a lot of opportunities and there were a lot of French people who spoke much better Français than I did! But I guess it’s the same when you move anywhere new, you have to be patient and wait for the right opportunity. I worked a lot of different jobs when I first came to Bordeaux (bars, shops, hotel receptions) and often I didn’t have enough hours to make up a decent salary. I was lucky that only 18 months after arriving in Bordeaux I found a job I liked and could stick with.

Yes, people in Bordeaux have a reputation for being a bit stand-offish but I’ve not come across too many people like that. It helped that I was more or less on the student scene when I first arrived, which was a lot of fun and I met some great people. And then once you’ve been here for a while and are a bit more settled meeting new people just comes naturally. Pubs and wine bars are a good place to start!

I spoke pretty good French because I studied it at Uni but it took me a while to get used to living and working in France.

A lot cheaper than the UK. Food especially, if you go to the markets in Bordeaux you can find some great quality food at very reasonable prices. Eating out is cheaper than in the UK too. The French do have a nice standard of living and seem to make lifestyles and leisure activities very accessible.

A cycle ride up the newly renovated riverside and across the Chaban-Delmas bridge, followed by frisbee in a park and a couple of pints somewhere on a terrace.

The art cinema Utopia is always a good bet. Although if you get your wet-gear on there’s no reason not to go for that cycle ride!

The weather is generally very good. And Bordeaux is a good sized city, just big enough so there’s always something interesting to do and just small enough to allow to you bump into friends. It’s also very close to the Atlantic coast and only a few hours from the mountains for hiking or skiing. If you get up very early on a winter’s day you can be on the slopes mid-morning.

The paperwork. And the French administration. It’s really painful. But then again, having set up a company I’ve been doing paperwork for months now. Maybe it’s not as bad as I imagine. 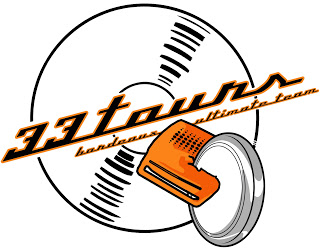 Are you involved with any groups / associations / teams, etc?

Yes, I play Ultimate Frisbee with the local Bordeaux team the “33tours”. We’re organising the Ultimate Frisbee European Championship finals in Bordeaux at the end of September. It’s going to be a huge event with 1600 frisbee players coming from all over Europe to compete in their Champions League. Come along, it’s being held at the sports complex at Bordeaux Lac from the 25th to the 29th of September.

My company is called Force Sportswear, we have a website at force-ultimate.com and run a Facebook page at facebook.com/forceultimate. For the time being we produce a lot of Frisbee kit for teams all over Europe but we’re looking to branch out into other sports this Autumn. Have a look at what we can do, sublimation is an exicting technique. We can print pretty much any design and colours and all our gear is 100% made in Europe. We’re aiming to bring back as much of the textile industry to France as we can and we refuse to work with admittedly cheaper suppliers in North Africa or Asia. Shop local!