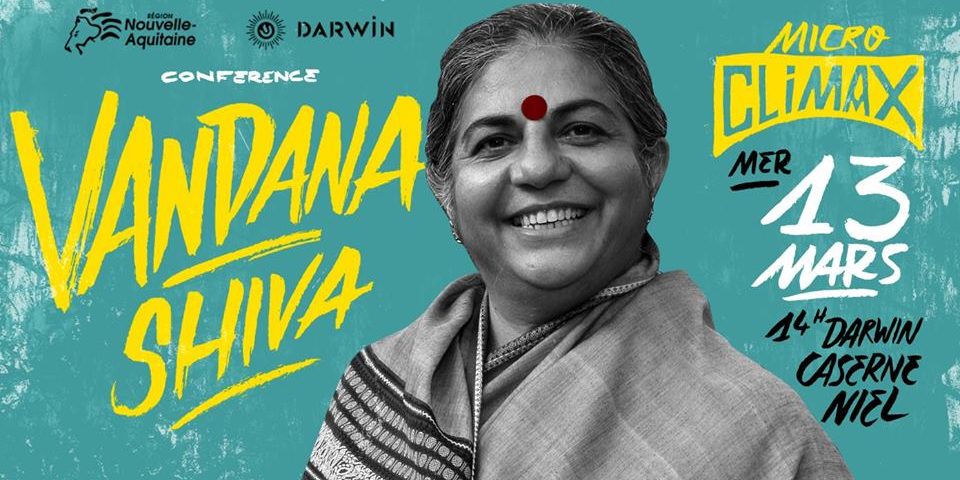 The Indian scholar and environmental activist, Vandana Shiva, will be conducting a conference at Darwin tomorrow (13th March at 2pm).

With a large red “bindi” displayed on her forehead, this Indian doctor of quantum theory, will take to the stage to continue the message of climate awareness that the CLIMAX festival has come to represent.

Born in 1952 in Dehra Dun, a small village in northern India, she immersed herself in the power of nature during long walks with her father, a forest ranger. She later went on to carry out studies in physics and worked briefly in Atomic research before turning her concentration to philosophy of science and physics.

Vandana Shiva is also a renown writer and feminist activist and is considered as leader of the eco-feminist movement that advocates a return to purer values in our society, putting woman and nature at the heart of her struggle against the neo-liberal agro-food industry.

The conference will in English and also translated into French, simultaneously. The event is free and open to the public but due to limited places it is recommended to arrive early.

Micro-CLIMAX are events that have been organised since 2017 by the Région Nouvelle-Aquitaine and DARWIN Eco-System to engage the public on key themes relating to ecological transition.

Parking: In front of Darwin at the Barracks Niel