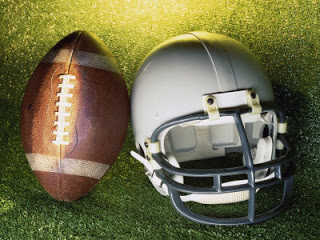 If you pass by a public park around Bordeaux, you may just happen to find big stocky guys kitted up ready to go at it gladiator style. These men aren’t romans fighting for their lives, in fact they are competing in the French National American Football Competition.

American football is managed in France by the Fédération francaise de football américain (FFFA), which was founded on the 15th April 1983.

The Federation has 6 different grades running from juniors to open mens with over 50 clubs nation wide.

The French Championship has been held since 1982. Today the prinicpal  competitions are the Diamond Helmet (D1), Gold Helmet (D2), Silver Helmet (D3) and the regional championship. There is also national Junior championships.

The clubs are always looking for new players and train several times a week.

Clubs in and around Bordeaux: