A GUIDE TO BUYING STUFF IN BORDEAUX

MUSETTE BICYCLES AND COFFEE, PUTTING THE SOUL INTO BORDEAUX CYCLING 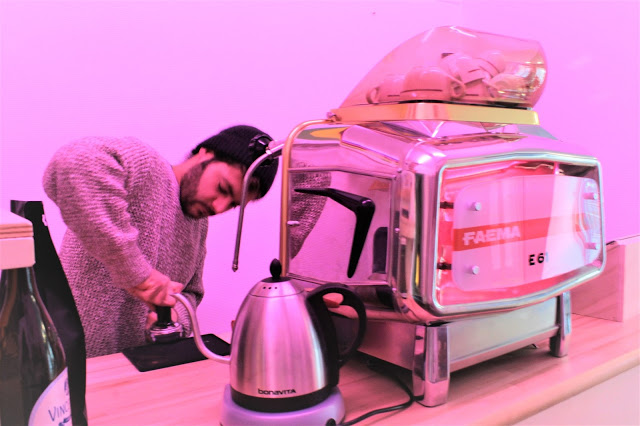 The combination of a coffee shop and bike shop, Musette is a place to get your bike repaired, buy a new bicycle, pick up a lock or some lights or just pop in for some top quality coffee or a tea and some cake.

What brought you to Bordeaux?

My main reason for moving to France was the challenge of learning a language, I was 27 at the time and had given myself the deadline of age 30 for speaking a second language. I chose Bordeaux in particular for three reasons. First off, was the fact that it seemed like a very easy place to get around on a bike, with its advanced cycling infrastructure and general flatness, getting anywhere in the city takes no time at all.
My second reason was basically the large Anglophone community. I’d noticed there were a lot of English / Irish bars around town so I imagined it would be easy enough to find a job in one of them (and it was). Finally, I wanted to live somewhere with a decent summer that stays fairly warm all year round. 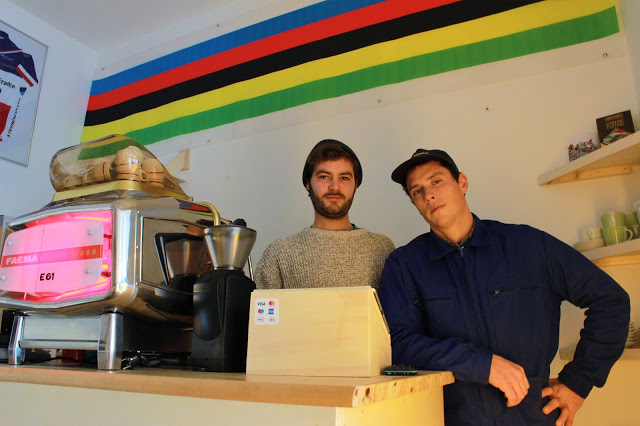 What’s the idea behind the concept?

One of the main ideas behind Musette is for it to become a central hub for cyclists in Bordeaux. Although the coffee shop is open to anyone, I wanted to create a place where people who get around on bike can come and hang out and meet and share ideas with other likeminded individuals – people who see cycling as the best way of getting around town… a sort of cultural center for alternative transport enthusiasts!
The concept is not something I came up with personally and has been around for almost a decade now. It was Bristol’s ‘Roll for the Soul’ cycle café that first introduced me to the concept and of all the cycle cafés I’ve visited since, it still remains one of my favourites. As well as really being a cycling-community hub they also have an equal divide between two main activities.
This is something I was very keen on doing at Musette too as I think to really get to the core of how I see the concept it is necessary. Some cycle cafés I’ve been to for example don’t even have a workshop, which I find makes them little more than an average café..  I’ve also seen classic bike shops that have put a small coffee machine on the counter but don’t offer anything other than that in terms of food or drink – so to call it a café would be a stretch.
My other overriding belief in the concept was how being equal-part bike shop and coffee shop makes the bike shop part a lot less intimidating for customers.
When I was first playing with the idea, I talked to people about the other bike shops in Bordeaux and many people told me that they didn’t find them very welcoming or that they were made to feel a bit stupid when asking questions or for advice – especially if their bike wasn’t the same brand as those sold by these shops. I think the coffee side of thing gives a friendlier, more inclusive feel, making the shop more accessible to everybody.

“I think the coffee side of thing gives a friendlier, more inclusive feel, making the shop more accessible to everybody.”

Tell us about cycling in Bordeaux?

As I mentioned, the cycling infrastructure in Bordeaux is really comprehensive and was one of the aspects that attracted me to the city in the first place. There is an index of worldwide cycle-friendly cities called Copenhagenize and I believe Bordeaux has been in the top ten for a good few years. 2017 lists Bordeaux in 6th place !! There are a lot of cycle paths and with the Pont Pierre trial-closure to motor traffic seemingly going well we can hope that the amount of dedicated cycle lanes will continue to grow.
When restaurant food home-delivered by cyclists first came to Bordeaux I was one of the first to do this job, and I wrote a long article about it. Cycling all over the city made me get to know the city really well. When you know exactly where you are going and you are on a bike there is definitely no quicker way of getting around town. Plus you see so much more when you are cycling than when you are in a car. It also keeps you fit. I couldn’t recommend it more highly. 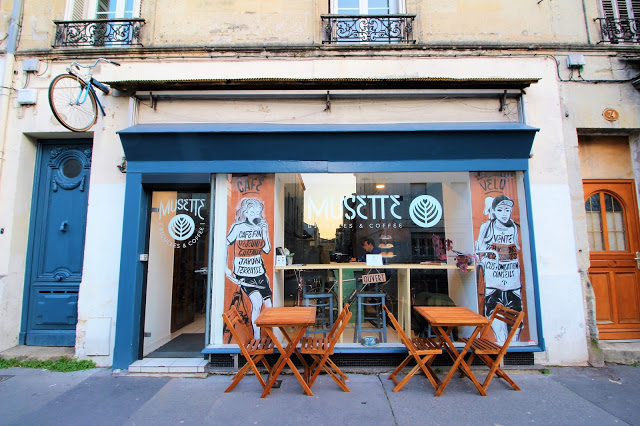 And in the future?

Who knows what the future holds really? As for Bordeaux, we are seeing more and more traffic jams so I hope this leads to more and more people jumping out of their cars and onto their bikes. In the long term, I would like to imagine cities designed with cycling at the heart of the transport system. Cars make sense when going huge distance, in between towns and cities for example, but in my opinion, they should stay parked on the outskirts and pedal powered vehicles used in the inner city. However this doesn’t seem likely as we remain a very car-centric society for the time being anyway, and not even global warming nor the huge increase in obesity seem to be enough to make people change their ways.

“Cars make sense when going huge distance, in between towns and cities for example, but in my opinion, they should stay parked on the outskirts and pedal powered vehicles used in the inner city.”

Are you planning any expat-related events?

We are still at very early stages at the moment, but events are definitely something we want to start as soon as we are fully functional. With myself and my business partner Rob both being native English-speakers, I think that expat / Anglophone events would definitely make a lot of sense.

Is there anything you’d like to say to Bordeaux’s international community?

Sure. Come along to the Musette and say hello! I hope you will like what we have done with the place and that you will give us some support and feedback and help us to make it even better.

Cheers for that Chris and don’t hesitate to pay them a visit to show your support for the expat community in Bordeaux and SPREAD THE WORD !!!