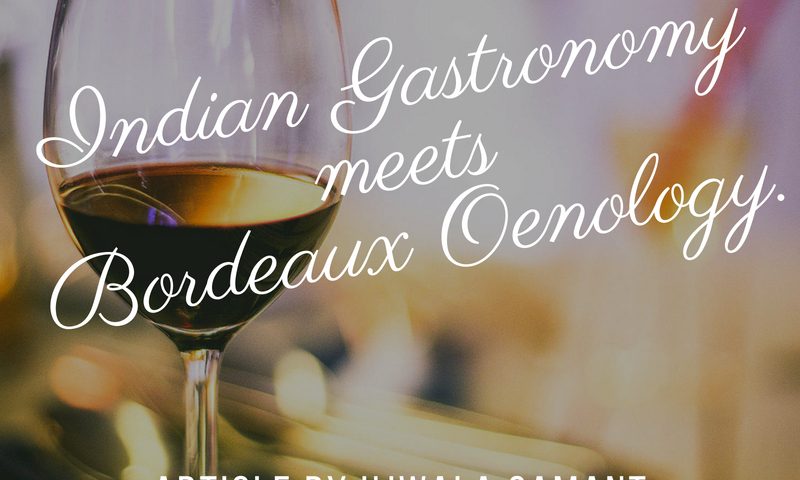 Serendipity is how some of the best experiences in life come to be. A chance meeting with an IBC graduate, Rameshwar Kulkarni at an Indian restaurant (who was working with Laurent Moujon a known local author, “Bordeaux – Alliance de ses vins avec la Cuisine Chinoise”), led to an invitation to assist with a new book.

Laurent works with known chefs and matches their recipes with Bordeaux Chateaux. With Brinda Bourhis, President of Winevox, Laurent and Rameshwar (IBC graduate), are working on a new book, matching Bordeaux Chateaux with recipes from renowned Indian chefs from India, the UK, and the US. For me this book is a dream come true. When not working in nonprofit management, I am a cook of the global variety given my peripatetic life. Hubby and I have been matching food and wine since we got tired of being told to have a gewürztraminer (“because it goes so well with Chinese food” Huh?) or a beer with Indian food. Why not a Meursault? Or a beautiful Bordeaux?

These are exciting times in India and the last 15 years have seen an upswing in wine consumption and production. Wine and liquor are not new in India; the Rig Veda details the existence of wine and grog shops and the original Indian drink, Soma Ras.

“This is Soma, who flows wine..”; and, “The beverage is divine, it purifies, it is a water of life, gives health and immortality and prepares the way to heaven.” (Bose, D.K., 1922)

And since it mentions heaven, you know ancient Hindus imbibed it- religiously and copiously. More scintillating descriptions of wine, its effects, and sexy poetry exist in the Vedas, and in ancient Hindu literature. (But that for a different article.)

Fast forward to contemporary India, with a big, shiny, new wine market in a booming economy. Indians young and old discovered wine during their travels and vineyards such as Grover and Sula started producing wine. From being the drink of choice of westernised vamps in Bollywood, wine swam sensuously into the mainstream. Indian wine consumption has shot up by as much as 30% annually with women drinking as much if not more than men. Wine bars are the places to be and be seen. Indians need “chakhna” or snacks to go with everything – a drink, the weather . Kebabs or chicken lollipops with whisky? Fried prawns or pakoras with beer? Cashew-stuffed mushrooms with a G&T? Chicken 65 or street peanuts with onions and chilli with rum? This book, it’s been a long time coming. And India’s ready for it.

Contemporary Indian chefs have changed the face of Indian food wherever they are. Whether it’s Sanjeev Kapoor, India’s first rockstar TV chef and household name, Washington DC’s K Vinod who is the front runner in sophisticated Kerala food and cocktails, or Cyrus Todiwala who’s cooked for the Queen; they’ve moved overseas palates (and plates) away from the yellow/orange glop known as “curry”. They’ve opened non-Indian palates to the subtle, savoury, fiery, sweet, mild, fragrant bounty that is Indian cuisine. These gentlemen and their colleagues from restaurants like Tamarind, Quilon, and Café Spice Namaste in London, Dosa and Junoon in the US, and Chefs like Ajay Chopra, and Sanjay Brown in India have generously shared their recipes. Laurent and Brinda invited India’s first and only Master of Wine, Sonal Holland to a wine pairing to St. Emilion. The tasting took place at the beautiful Chateau Soutard. It was an honour to learn from Sonal, who was generous in sharing her knowledge and kind enough to listen to us novices during this experience.

If you live in Bordeaux, you’ve all been to wine tastings. This one was different. We were not there to taste wine, but to pair it with Indian recipes. We were not tasting 2-3 wines, usually on offer at chateau visits. Laurent and Rameshwar had 27 bottles. Yes, you read right, 27. This was the big mama, or the tasting marathon of exception. Adeline Tanguy, Chateau Soutard’s charming Marketing manager set us up in an intimate tasting room with glasses, water, a basket of bread and the most valuable utensil at any tasting: the crachoir. With 26 wines to taste, the centrepiece of the table was in great demand. Sounds easy?

Ten Indian chefs sent between 5-10 recipes each. The goal was to have at least 3 wines per dish to give people a choice. We did not have the actual food there, so we had to use our knowledge of Indian food and imagination to match the food to the written recipe. Did I mention this was to be done in 2 hours?

We didn’t follow the adage, “Blanc sur rouge, rien qui bouge” but given that we had a smaller number of whites, began with those.

For Chef Peter Joseph of Tamarind restaurant’s Grilled scallops with tomato chutney, we all went for the Chateau Couhins 2015, a blend of sauvignon blanc and gris. Fruity, but not overpoweringly so, it would also stand up well with Chef Cyrus Todiwala’s (Café Spice Namaste) Salmon with green chutney. The three wines we realized would have to be paired with all the matching recipes but given the fragrance and spice of Indian food, it would be just as easy to have some lighter reds on offer. Chateau Duo de la Tour Blanche (2015) a blend of Semillon-Sauvignon, softening of the crispness of the sauvignon was an interesting blend of dry and lush, with an elegant mouth feel, and none of the astringency. Sonal suggested Chef Sanjay Brown’s Makhmali (silken) Kofta Chef Ajay Chopra’s lemongrass chicken.

The Prieure Lichine 2016, a Semillon-Sauvignon blend clearly evidenced by how smoothly the Semillon tamed the Sauvignon. It had that blend of green and gravel, but with a refreshing finish. A unanimous vote for the Curry leaf and Lentil crusted Fish from Chef Sri Ram Ayula of London’s Quilon restaurant, Junoon’s Butter pepper garlic shrimp by Chef Akshay Bhardwaj, as well as Sarso wali chicken tikka (Mustard chicken tikka) from Tapasya (Marina Hull) by Chef Saurav Nath.

All 3 Sauternes were matched with the desserts; Baked Yoghurt and Beetroot and coconut halwa.

The Parade of Reds: Or Ready-Steady-Go! 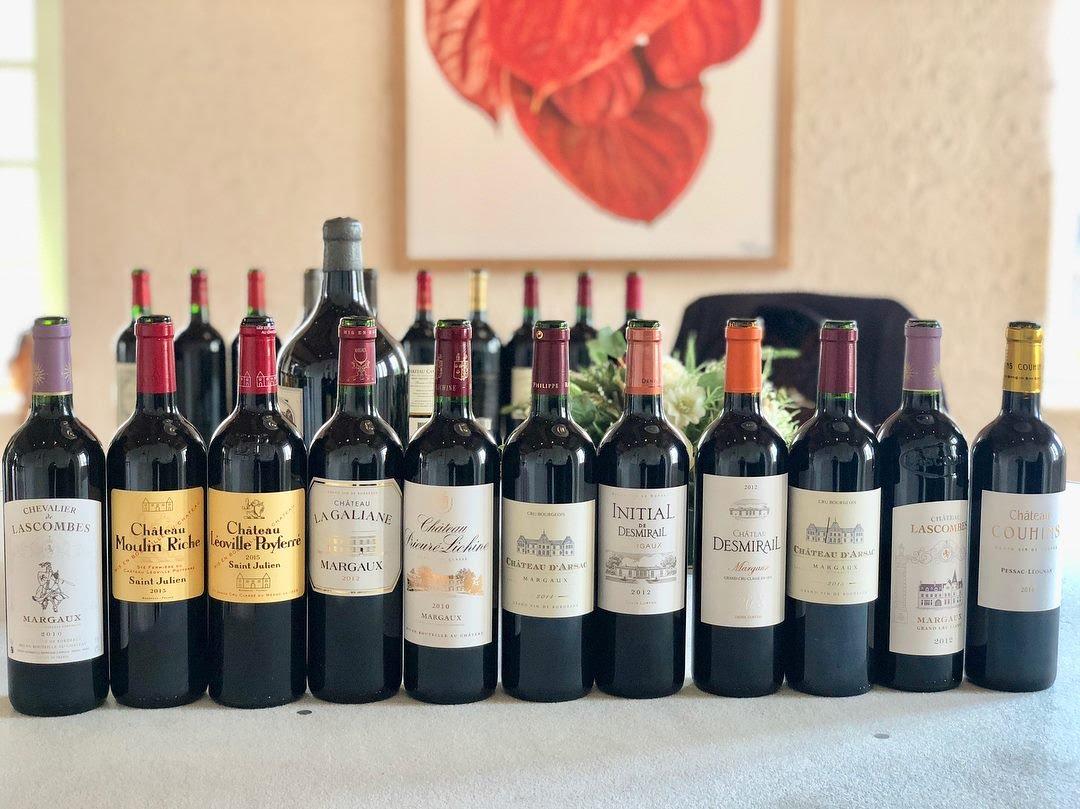 The “Ta-Daaah” moment when the natty red wines made their entrance. It was as if the stars of the day had been announced. And stars they were. Some could have waited a bit, others moved with silky elegance, and still others showed strength of character, ready to blend, match, and marry their equally topnotch Indian creations. Braised ox cheek in date and apricot sauce gravitated towards Initial de Desmirail (2012), Chevalier de Lascombes (2012), and a Chateau Pressac (2104). We reserved le Chateau Gazin 1999 for Hyderabadi Lamb shanks and Chateau tour de Pressac (2014) for creamy stuffed tandoori artichokes.

The trick was finding what would go with not just the name of the dish, but the seasonings and flavourings. So, for Lemon rice, 2 reds – Chateau Chantalouette 2014 and Chateau de Couhins 2014 were spot upon. But the citrus and black mustard seeds could show off a white wine too. Duo de la Tour blanc 2016 was added. Laurent was clear that each recipe would benefit from at least 3 wine choices. With Indian dishes, depending on the ingredients, both white and red would work. The chefs had sent in an array of recipes covering India, some old favourites, some new and intriguing. 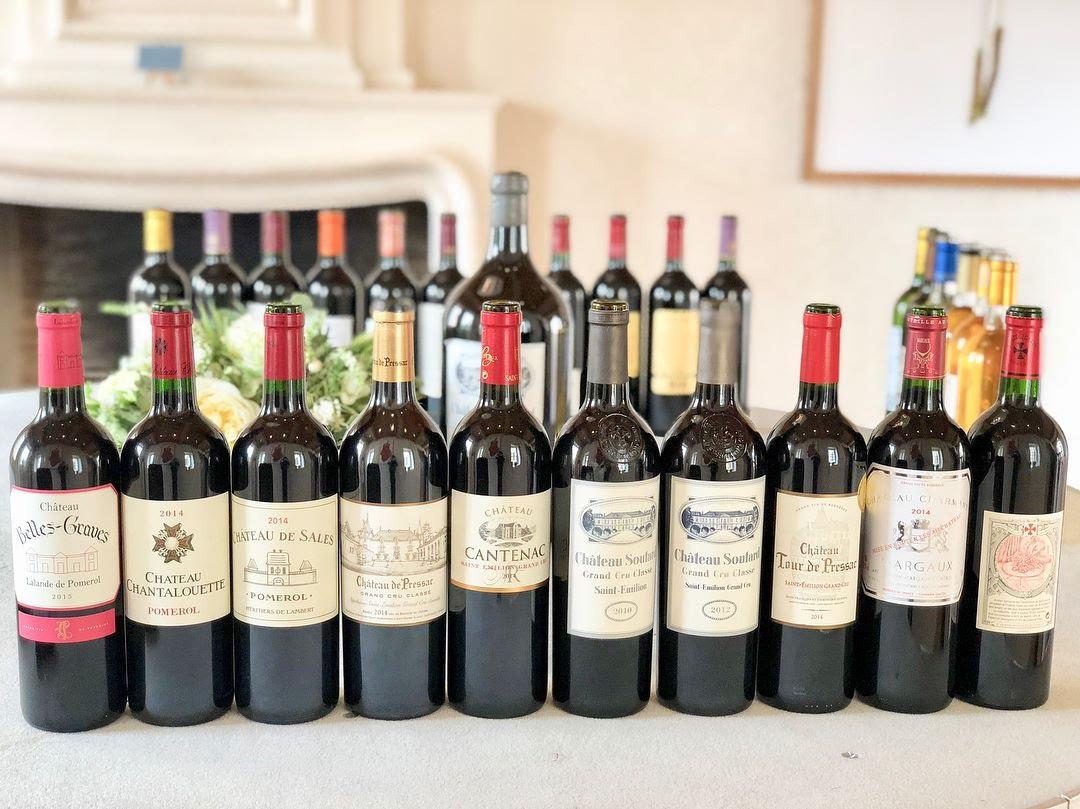 This was like speed dating! We traveled to southern India with Chateau Soutard 2012 for the Andhra chicken curry and went to Old Delhi to match the Butter Chicken with Chateau Lascombes 2012. The ingredients of Venison Biriyani spoke to the flavours of Moulin Riche 2015 and Leoville Poyferre 2015.

Initial de Desmirail 2012 tasted as if it were meant for Prawn patio and the lush Chateau D’Arsac 2015 with the tangy, spicy, Sorrel Chicken. Initially stumped by a dish from Rajasthan which involved soya kheema (yes that is a thing) – Chateau La Galiane 2012 to the rescue. Arranging marriages long distance proved to be quite a task. It was easier to match old favourites like Chicken Bhuna and Old Delhi Butter chicken with Chateau Moulin Riche 2015. Unusual dishes like Brussels Sprouts croquette found their joy with Chateau Soutard 2012. All in all, we managed to keep both the wines and the recipes happy.

After almost 2 hours of looking at recipes, sniffing, tasting, and spitting, we had earned our glass of wine – this one to savour- a glass each of Chateau Gazin 1999 surrounded by art in a luminous, tranquil room. A truly memorable May 1st.

About the author:
Ujwala Samant is a serial expat and has spent time in various countries before returning to Bordeaux after living away from the city after 26 years. 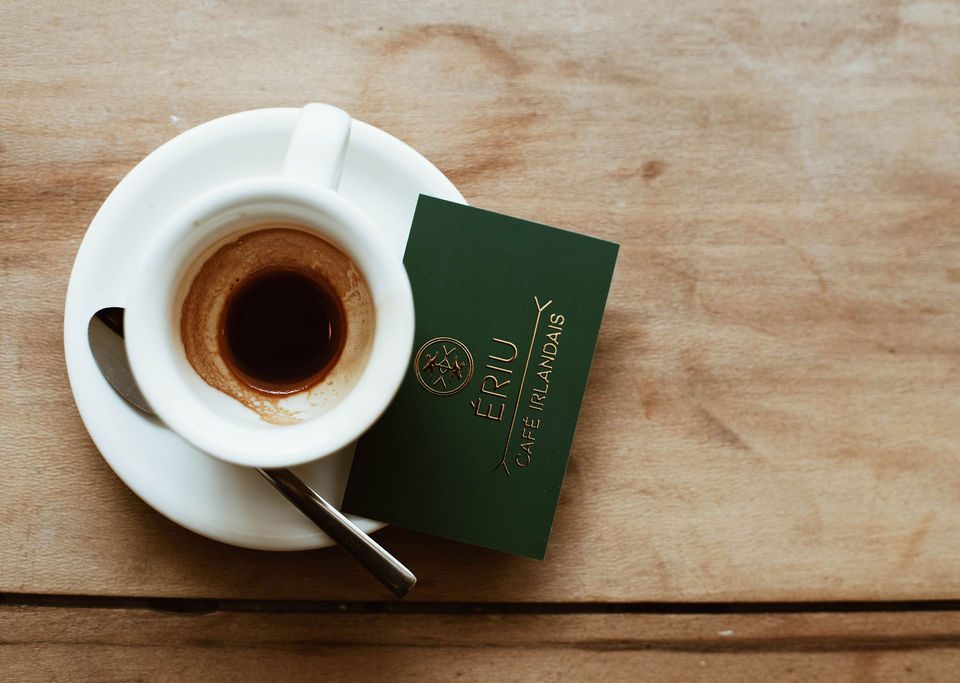