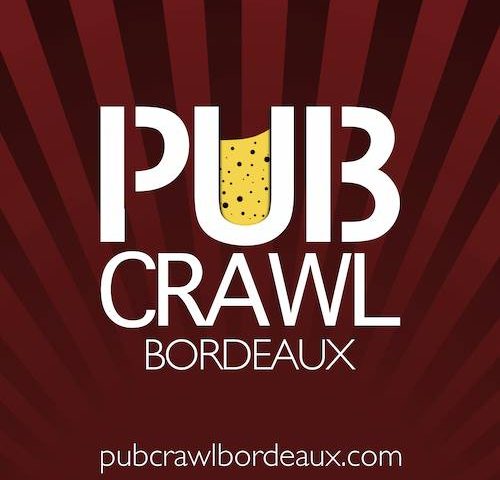 It’s a little known fact that (outside the Anglo-Saxon world) Bordeaux has the highest number of expat style pubs per capita in the World.

With around 30 establishments brandishing themselves as English or Irish style pubs in a city of 245,000 people, there are 7350 people for every pub – which ironically is the exact number of punters who hit the bar at closing time in my local back home.

1203 – Bordeaux’s merchants and citizens are exempted from the Grande Coutume export tax by King John. Bordeaux gains a monopoly on wine exports giving birth to the world wine industry.

1453 – The Battle of Castillon – Bordeaux is taken back by the French – the local citizens send numerous envoys to the Royal English court begging them to come back. A pro-English rebellion against Charles VII is brutally crushed and over 2000 Bordelais leave for England.

17th–20thC – Bordeaux continues to be flooded with British wine merchants – in 1756 over 30 are present on the quais with hundreds more staff (numerous chateaux are founded by the British in the Medoc after the marshes are drained by the Dutch (Cantenac-Brown, Clarke, Dillon, Kirwan, Léoville-Barton, Lynch-Bages, MacCarthy, Palmer etc.)

1989 – The Golden Apple, the first English pub in Bordeaux opens in Chartrons

Over the last few years, the number of pubs in Bordeaux has expanded at an exponential rate with the arrival of a whole new wave of varied drinking venues and outlets – this includes some of the following:
The Grizzly Canadian theme pub (Place Victoire)
The DNA pop-up pub (just off Place Fernand Lafargue and part of the ongoing Charles Wells conquest of Bordeaux!)
The Black Sheep Gaelic ale house (St Michel on the quai)
The Market Tavern (Place des Chartrons – btw they have a superb range of British beers ON TAP)
La Cueva, Argentinian bar (28 rue St Colombe next to the DNA)
The Bordeaux beer shop which also had a BE blog posting (St Michel)
The Cave des Moines liquor store (Cours Victor Hugo and the reopening of the nearby café after 6 months closure for ‘tappage nocturne’)
L’Amirale Bière beer shop (5-7 rue Saint James and new apero bar/microbrewery behind, next to the Victor Hugo market)
Malt & Co off licence (62 rue Palais Gallien)

This influx of pub and beer culture is part of a local revolution that is rooted in the fact that at its heart, Bordeaux still has the spirit of the Anglo-Saxon world running through its veins! Watch this space for news of the upcoming Bordeaux Beer Festival in October – BLIB (Bordeaux Let It Beer).

So there you have it, a nice list to get you started on your pub crawl in Bordeaux!